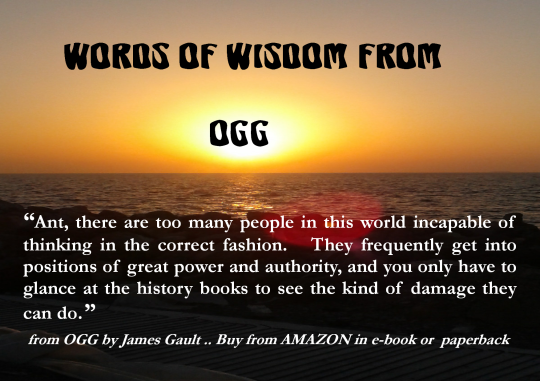 I’m really amazed that this seventy-five year old brain still manages to think every day.   Well, not every day, exactly!   I found myself this morning wondering what the hell happened to yesterday.  I suppose I got up, I suppose I ate something, and then I suppose I sat in front of my half broken Russian TV watching fuzzy images without seeing.  But I can’t be sure. I read somewhere that half of my brain cells must have died by now, but that’s not why some days my mind doesn’t seem able to do anything.   I think it just says to itself, ‘Why bother?’   Hopelessness gets you like that.   You try to switch on but there’s just no power.  The thoughts just never get started.  A whole day goes by and nothing moves.

But today is better.   Somewhere I find the energy to get up and get out.   I can’t go far.  I walk slowly now, and there’s no spare money for tram tickets.   So my Prague has shrunk to the little area I can shuffle around in the couple of hours before my physical energy gives out.   Out of this old apartment block, across the tram lines, to the Golden Angel Shopping Centre and back again.

I totter to the glass doors of the Novy Smichov centre and they fly open with a deceptive gesture of welcome that reminds me of the promises of the five year plans of forty and fifty years ago.   Repeated promises that prosperity was on its way!    Am I witnessing its arrival now? I stumble around this packed, noisy bustle hoping no one will knock me over.  Preoccupied crowds too busy to see me!   I don’t belong to this purposeful hustle.  It’s not for me and my generation. This is my little bit of Prague, but they’ve taken it from me.  Again!

I can’t remember the golden age of the first Republic.   I was eight when the Nazis came. Since then, I seem to have always lived in a desolate present between a past that was better and a future full of empty promise.   Like I seem to have always lived in a place they told me was mine but where someone else was firmly in possession.   It seems that there’s always someone from outside who has to come and save me from something.  Nazis saving me from Jews, Russians saving me from capitalists, and now capitalists saving me from oppression!  So many well meaning people helping themselves by helping me!

There’s a bench up ahead that I’ll be able to sit on if I’m lucky.   We had benches under the communists and now we have them under the capitalists.   The only difference is that capitalist benches are busier, more productive.   Demand carefully researched and efficiently undersupplied.  If I manage to fend off low-flying attacks from shopping trolleys, and if none of those shouting, fighting school kids get there before me, there just might be some space for me on this bench.  And, even in the new market economy, bench sitting is still free of charge.  Without paying a heller, without even having to buy an overpriced cup of coffee, you can sit on this wooden bench in this opulent palace of plenty, with these excellent views of displays of merchandise you can never hope to afford.   Enjoy!

Damn! A fat lady has just sprawled herself and her two overflowing supermarket plastic bags over most of the space I had my eye on.  Not much chance she’ll think of moving one of those bags to make a little room for me. I wonder if I can squeeze into the narrow vacant strip at the end.

Made it!   The fat lady is looking at me as if I have stolen something from her.  I understand how you feel, my dear.   Sharing is no longer in fashion.  You got to the bench first, it’s yours!  I’ve no rights even to this little bit of it.  If I’m too weak to take part in the struggle, it’s my problem.  But this is one of my strong days.   I would smile at her defiantly, if I could just find enough spare breath.

I lean back to relax and the idea crosses my mind that while this bench is pretty, the old pre-revolution benches were more comfortable.   No, Honza!   No! No! No! No!  This is the new order.   No complaining!   Everything is better now!  I am enjoying myself. Everything is wonderful.   Get a grip on yourself, Honza!  This is the new Czech Republic, land of liberty and luxury. You’ve got fifty crowns to last you until the end of the month and the freedom to work out for yourself that you’re happy.

A grumpy boy of about ten comes up to the bench and complains to the fat lady that he’s tired.   ‘I’m sorry, Petr’ she tells him, ‘there’s no room on this bench,’ and, after a pause, she adds a pointed ‘Now!’  Both of them glare at me.  I’m an old, decrepit waste of space, using up resources without making a contribution.   Well, hard luck, you little monster!   I got here first and this little corner of this bench is MINE!   The new market economy, survival of the fittest!  And, for just this once, I’ve been the fittest!  Put your plastic bags on the floor and make room for your little whine, you fat hag!   Or give him a clip across the ear and tell him to behave himself!  I ignore them, and fix a defiant gaze on clothes I wouldn’t wear even if I had the money to buy them.   God, but I’m having a good day today!

Eventually, faced with my unreasonable determination not to move, the awful Petr changes tack and begins whinging about a new computer game.   The woman lifts her bags and struggles after her son, who is bouncing triumphantly towards the game shop.   That’s the new Czech Republic – the younger you are the more power you have.

I take the chance to spread myself out in case another overloaded shopper sees the empty space beside me.   Should I be really anti-social and sit right in the middle of the bench?  Stretch out my walking sticks on either side so nobody can get near?   Be like everyone else? After all these years, I should have learned by now to play the game, whatever the rules of the times might be.   But I don’t spread myself out; I don’t hog the whole bench.  I leave space for others.   For sharing, for solidarity!  I’m a dissident by nature, I suppose.

I’m so full of energy today I’m wondering if I might make an attempt at shopping.  Maybe I could spend twenty crowns on a couple of vegetables to feed me over the next two days.   Then it’s the weekend.   My son will come and take me to lunch on Saturday.   My daughter will turn up with a bag of groceries and cook for me on Sunday.  She’ll put the leftovers in the old fridge and I’ll be able to live off them for the rest of the week.  And then it’s pension day.  If it all works out I might just have the price of a bottle of beer to celebrate the end of the month.   I would get a job if I could only move just a little faster.  A lot of people of my age work.   Lucky bastards!

God but I’m having a really good day!   My thoughts all make more or less sense to me, and I can even feel myself getting a tiny bit angry.   I’m not dead yet.   I’m going to tackle the supermarket.   I know it’s dangerous.  The space is more restricted in there:  the crowds are faster and more determined.   All of them out to get me!   The slightest touch and I’ll be flat on my back all over the floor.   But I need to eat.   I can face the scorn of the other customers at the checkout.   ‘Look at the old ones, eating like they always ate’.   You think we choose a starvation diet?  Thin vegetable soup and meat twice a week if we’re lucky!   You think it’s because we just can’t adjust to the change?  ‘It’s what they’re used to. It’s what they want.’  Come on, give it a rest!   Stop playing at doublethink to salve your guilty consciences.   You’re living in comfort while we’re bloody broke.

I’m in the supermarket, hanging onto a trolley.   I know I’m only going to put a couple of things in it, but it helps me stay upright.   I feel something pushing into my back.  This is it, head over heels and I’ll be looking up at the fluorescent lights.   But by some miracle I manage to stay upright.  I even find the energy to turn around and face my assailant.   And even more power within me to glare!   A look to wither!   A harassed young girl pulls her trolley complete with toddler out of my back.   She looks embarrassed, almost to the point of apologising.   Another victory!

I hobble home, my plastic bag with its tiny cabbage and single carrot dangling precariously from one finger as I try to manage two walking sticks and my shopping with two feeble arthritic hands.   Always so slow, always this constant fear of falling!   But, all in all, it’s been a good day.   If I’m lucky, I’ll have another good day tomorrow.   One half as good would be O.K.

James Gault, born in Scotland, has recently retired to SW France after spending ten years in the Czech Republic. There he enjoys the sunshine, writes novels, short stories and English Language textbooks.

He has written three novels, all available on Amazon as e-books and paperbacks:
Teaching Tania (Young Tania tries to put the world to rights with the help of her English teacher – a comic detective story)
Ogg (Supernatural being tries to teach teenage Antonia how to think rationally as they try to save the world from destruction – comic philosophical thriller)
The Redemption of Anna Petrovna (Young woman in ex-communist country tries to build a career in a totally corrupt society – political psychological thriller

He is currently working on a detective thriller set in Scotland, France and Spain.

As well as ELT books and his novels, he has written short stories published in various reviews and magazines. In 2007, he won the writing prize from the British Czech and Slovak Society for his short story ‘Old Honza’s Day Out’.

In his time James has been an IT specialist, a businessman and a teacher as well as a writer, and has traveled extensively throughout Europe. He has worked with and taught English to students of many nationalities. He has an international outlook on life and his writing reflects both this and his other interests.

Apart from writing, his passions are politics, philosophy, film making, computer system development and his grandchildren.

THE TRUTH CAN BE DEVASTATING, FRIGHTENING, AND DEADLY!

BEFORE YOU FORGET AGAIN: YOU ARE AN AMAZING TRIUMPH!