There are a few reasons I often choose to write about the difficult things I needed to learn the hard way in life. One reason is to create awareness and to advocate for people in similar circumstances. If I’m able to achieve that, I feel fortunate, and it’s one of the rewards of so many missed opportunities or hours spent in isolation. Then there is the “writer” perspective that every experience in our lives is good copy. Nothing should go to waste in this effort—no pain, no joy, and no humiliation. If it can’t be insightful, it just might be entertaining. 🙂

Now and then, someone will read what I’ve written and think, oh, that’s about me. The truth is, it’s probably about a lot of people. In certain life predicaments, you’re bound to encounter individuals with the same issues. You attract them and may even cling to them for a while because it’s familiar.

Personally, I’ve had to take inventory of my behavior over the years in order to heal, grow, and evolve so that I could do better. I’ve had quite a bit of healing to do. Even with a ton of work, there’s always much more to do. And I know why people get stuck where they are. I understand that it’s never hard to go back there in a moment of weakness. I realize, too, that the culprits of our frustration come at us from a place of pain and fear, and that they’re suffering, too. 😦

As trite as it may seem, the main reason for writing what I write is to help myself and others heal and triumph in the process. It’s become a passion since I believe we can’t possibly have enough willing contributors to global and collective healing.

Sometimes, however, we don’t know how much more we can take. We’re already dealing with the world’s latest and ongoing horrors. We’re trying to achieve our goals, live our dreams, and at times face overwhelming disappointment. Meanwhile, the relationships we have with people, through all of these circumstances, often determine whether we have the strength to continue or not.

Conflict resolution is important. To save myself a lot of time and energy, not to mention a whole lot of anguish and pain, I’ve had to learn the telltale signs that there is no hope for resolution. And you can bet it’s a lost cause when you’re dealing with emotional manipulators who will exploit your vulnerabilities.

It happened to me about eight years ago in a recovery group. Not surprising, since people in recovery are learning to reign in ego and recognize character defects so they can become better people. It’s more often about helping one another do that rather than tear each other down, but it doesn’t always work that way. I’m still, on occasion, dealing with the repercussions of that. But it’s one example. Emotional manipulation goes on between people in many different scenarios—work, home, social media, yeah, just about everywhere and all the time.

These people won’t tell you the truth no way no how because they don’t trust you (and that’s because they know you can’t trust them) or because they have too much invested in the opposing perspective. They don’t want to understand you or make allowances or hear explanations. They make assumptions rather than ever ask what the deal is, and they won’t disclose those assumptions. That would make it too easy for you to correct their misinformation. They would rather not argue than admit they could be wrong and deny you the privilege of ever confronting them about anything. You don’t have the right to see them as anything other than the generous martyrs they perceive themselves to be. They’re doing you a favor by being in your life, and everything they do is out of the goodness of their hearts (because they are so nice and so much better than you). And they don’t even realize this is what they are saying in so many ways.

They might even align themselves with people who want you to fail and withhold support for your efforts. Why? Because the naysayers, well, that’s usually the bigger group. That’s the group they want to belong to, and fit in, reaping the attention, admiration, and approval they so desperately need. In light of that, you are expendable. Not that they would see it that way. It’s a heartbreaking thing to come to terms with if you have an ounce of empathy. It brings more guilt and shame no one needs.

You can try asking outright if you’ve done something wrong, but they’ll say no and then continue to demonstrate that they have little regard for you.  The ones who are conscious of what they’re doing will use aggressive behavior if  that’s what intimidates you—become a combative bully or enlist one to do their dirty work. Whatever they learn about you, they will later use it against you.  Get ready for the smear campaign with people playing both sides. You don’t need the drama, mama. Run.

Now, while I may want to extend the same compassion for them that I extended to myself in making peace with the past, it’s hard sometimes. Nothing stings more than being part of someone’s self-serving charade. They value their image and their pride more than they value you, and I believe we should be with people who do more than tolerate us but celebrate and cherish us as we do them.

There is no good reason for allowing anyone to shatter our self-esteem, undermine us at every turn, and shake whatever faith we’ve managed to muster in ourselves. It’s futile, it’s painful, and it destroys us. We don’t owe anyone that. It’s an absurd self-sacrifice. It’s codependent, and they wouldn’t likely do it for us. Who can afford the constant message these people impart to us, that we are not worth it? Many of us have spent decades fighting to get rid of that message, and we don’t want it back.

So we have to let it all go with love. Walk away with our dignity and self-respect, and protect ourselves from further harm. Because to resolve anything, we need two people who care enough about each other to listen, both willing to own their part in whatever happened.

Bottom line—we have to take care of ourselves. And those times when we feel like giving up are the times to be especially nurturing to ourselves.

We tend to think, in moments of distress, so many people have it worse, far worse, and we’re lucky. We have so many reasons to be grateful. Yes, that’s true. It’s relative. Perhaps the guilt alone, thinking of what people around the world have to endure while we’re merely battling egos, makes us feel selfish in complaining.

We’re not, though. It is tiring. It’s exhausting. It’s frustrating and at times, devastating. Those feelings don’t simply go away because we feel we’re not entitled to them.

I can say, what’s helped me most, through everything, is seeing life as a challenge. Whatever I had thrown at me, I wanted to rise to meet the challenge and thrive. Sometimes I didn’t want that immediately, but give me a little time, and I’m stepping up. That works incredibly well. If I didn’t know when to shut down, when to preserve, protect, back the hell off and breathe in some self-love, I could assure you; I wouldn’t be here.

At the same time, I don’t blame people who feel they’ve had enough and want to give up entirely. I hate when people call them selfish. I’ve said for years, especially if you bring a child into this world; you just stick around. You have no business bringing a child here and then giving up. I clung to that in the worst possible times, and it was a no-brainer. I wasn’t going anywhere. It remained the number one reason I never quit my dreams or my life or gave up the hope that things can and do get better.

Still, if that doesn’t work for another person, my first thought is, I’m not in his or her shoes. I don’t know how hard they tried. I didn’t feel their pain, especially not the way they felt it. I don’t know their threshold. I don’t know how frightening it was to be inside their heads. I do know it can be terrifying to think you are losing it and can’t hold on. Sometimes it’s selfish to expect people to go on while they’re in so much pain so that we can still have them in our lives.

And I wholeheartedly want everyone to go on. I want everyone to heal, to succeed, to live their dreams, and to find their happily ever after. No one asks to come here. No one who sat giggling and gurgling on the rug, playing with their fun little toys, had any idea what the future held.

I do believe, though, there’s enough success to go around, but I’m not always sure about love. Many things get in the way of love—unrealistic expectations, rivalry, ego, and I tend to think if everyone gets enough love from the start, we wouldn’t have all these problems, especially with each other. Maybe fewer people would go wrong in life. I don’t know. But I think, we’d be less inclined to give up on people, because they’d be less inclined to give up on us. 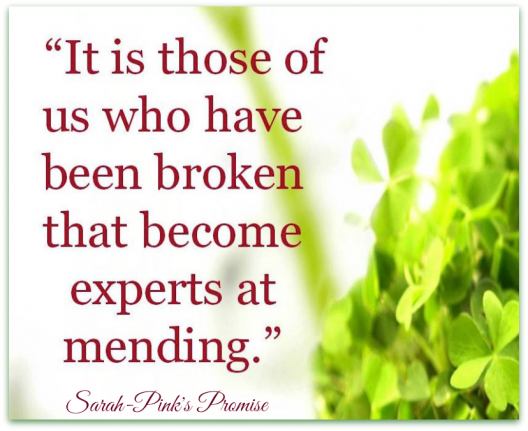 Eckhart Tolle – Free Your Mind and Learn to Let Go

© Copyright May 4, 2016 by Kyrian Lyndon at kyrianlyndon.com. All rights reserved. No reproduction permitted without permission.

4 thoughts on “WHEN IT HURTS—SURVIVING PEOPLE, LIFE AND MADNESS”