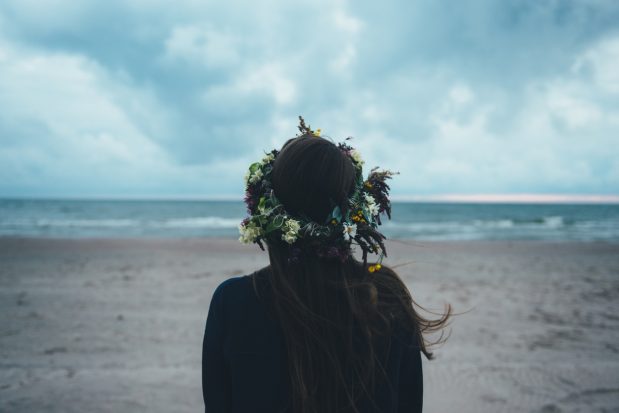 With all the social media fuss about Lil’ Kim’s newest look, my first reaction was sadness for her and wanting to send love, tons of love. Then, as is so often the case with social media, there were many different reactions to the reactions, all of which required deeper reflection.

I guess whatever response we had depended on who we were while reading this story. Did we read it as a white person, a black person, a woman, a man, a feminist, an activist or someone who knows what it’s like to be broken, feel shame, and believe you are unworthy?

Some people saw the backlash as a double standard. White women go to the beach or use a fake tanning product to make their skin darker, and it’s normal. A black woman makes her skin lighter, and everyone goes nuts. Okay, I’m not big on the tanning thing myself (though I never mind it), but maybe a lot of us don’t expect that anyone would genuinely want to be paler.

So we get the impression that a black woman making her skin lighter is a result of this perception that being lighter is somehow better. We see it as a sad outcome of racism that amounts to people feeling not good enough, and we hate that people are made to feel this way.

And this, on top of everything else, is very much a woman thing.

People have argued that all women strive to look more beautiful, and Lil’ Kim is no different. But using cosmetics or dying your hair to enhance your beauty is not quite the same as having plastic surgery that makes you suddenly unrecognizable. We see it a lot, especially with the Hollywood crowd, and we sometimes blame and shame the wrong people. We ridicule the women who keep turning themselves inside out trying to achieve a perfection that doesn’t exist or trying to impress a society with impossible and often ridiculous standards. And that questionable society continues to profit from women feeling unworthy.

What I read about Lil’ Kim is that people often told her she wasn’t pretty, and that her father played a part in her feeling unworthy. I can see from her old photos that she was beautiful from the start. That gave me the impression that this was yet another person feeling broken, another person who couldn’t love herself and maybe, just maybe, she developed a disorder and had a completely distorted perception of her self-image.

So, here it is. I’ve got nothing but love for Lil’ Kim and all the people out there who feel they need to fight for acceptance. Once upon a time, I felt that way, too. I hope, above all, that one day they will be able to love themselves because that’s when the game changes. And we need to change that game.

© Copyright April 9, 2016 by Kyrian Lyndon at kyrianlyndon.com. All rights reserved. No reproduction permitted without permission.